The housing market may be at a turning point for first home buyers as mortgage interest rates take a breather from recent rises and prices at the bottom of the market continue to fall.

According to interest.co.nz’s Home Loan Affordability Report, the Real Estate Institute of New Zealand’s national lower quartile selling price, the price point at which 25% of sales are below each month and 75% are above, peaked at $670,000 in November last year. By July this year it had dropped back to $606,000, a decline of $64,000 (-9.6%).

The table below shows how much lower quartile prices have declined from their peaks in each region. The biggest decline of $125,000 was in Wellington, and the smallest of $15,000 in Canterbury.

Lower prices should make it easier for first home buyers to get into a home of their own because they reduce the amount of money they need for a deposit, and the amount of debt they need to take on for the mortgage.

Normally, a decline of that magnitude in the amount being borrowed would also result in a reduction in mortgage payments, however the rise in mortgage interest rates over the same period has been so steep that mortgage payments on a lower quartile-priced home have actually increased even though the amount being borrowed has declined. The graph below shows the movement in the average two year fixed rate since 2002.

The Home Loan Affordability Report estimates that the payments on an 80% mortgage, $536,000 for a home purchased at the national lower quartile price when prices peaked last November, would have been about $596 a week.

In July this year, the amount needed for an 80% mortgage to purchase a lower quartile-priced home would have reduced to $484,800. But the payments on that would be about $631 a week, an extra $35, even though the size of the mortgage had reduced by $51,200. That’s because interest rates have risen so sharply over the same period.

In November last year the average of the two year fixed mortgage rates charged by the major banks was 4.08%. By July this year that had risen to 5.44%.

Essentially that means over that time, buyers at the lower end of the market had benefited by needing less for a deposit and would have had to borrow less. But they would have faced increasing mortgage payment costs, which would in turn restricts their ability to make a purchase.

However July may have marked a turning point in that trend with rises in the average of the two year fixed rates almost coming to a standstill at 5.44%, compared to 5.43% in June.

If that trend continues, first home buyers will be in the money with a winning hand of lower prices, lower deposits, smaller mortgages and lower mortgage payments.

So what are the chances?

The graph below shows the monthly movement in the average two year fixed mortgage rates charged by the major banks from January 2002 until July 2022.

While the steepness of the increase since the middle of last year is unusual, matching the decline that followed the Global Financial Crisis in 2008, there is nothing unusual about the level of current rates.

In fact the graph suggests they have just been heading back to longer term norms.

However even if interest rates stabilise around current levels, house prices would have to keep declining for first home buyers to start receiving any meaningful benefit in terms of affordability. 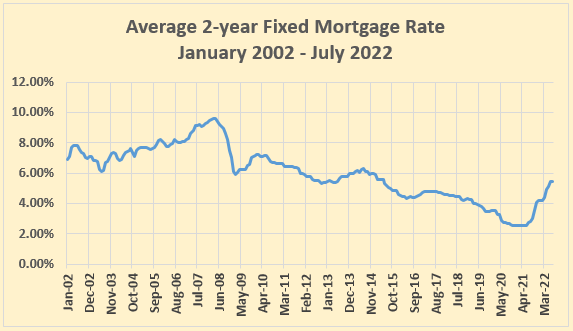 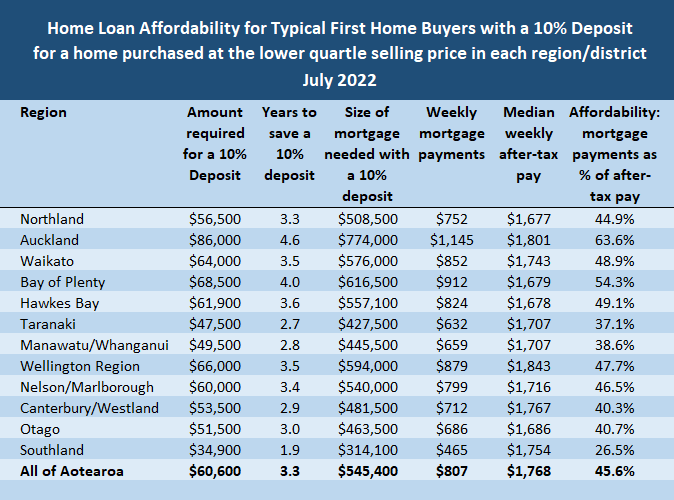 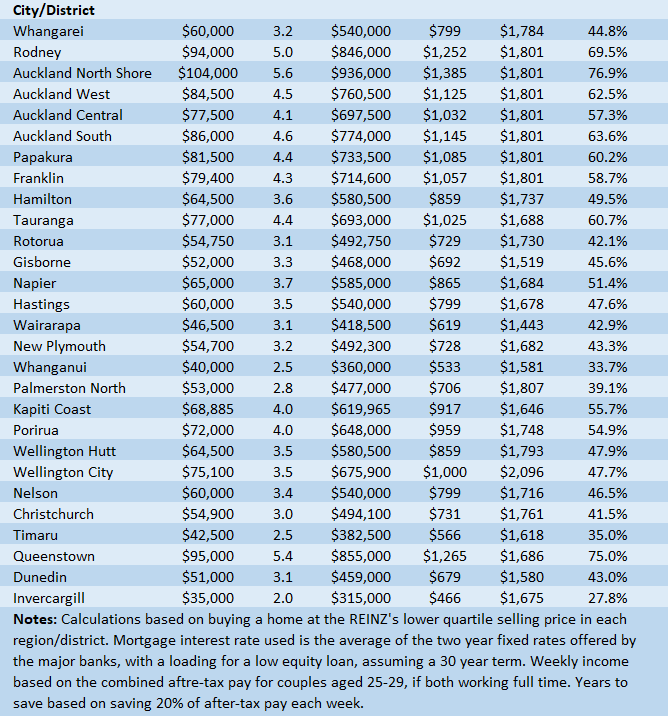 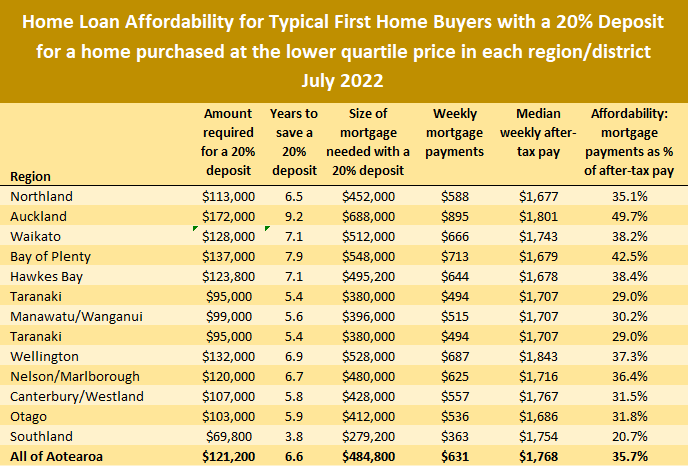 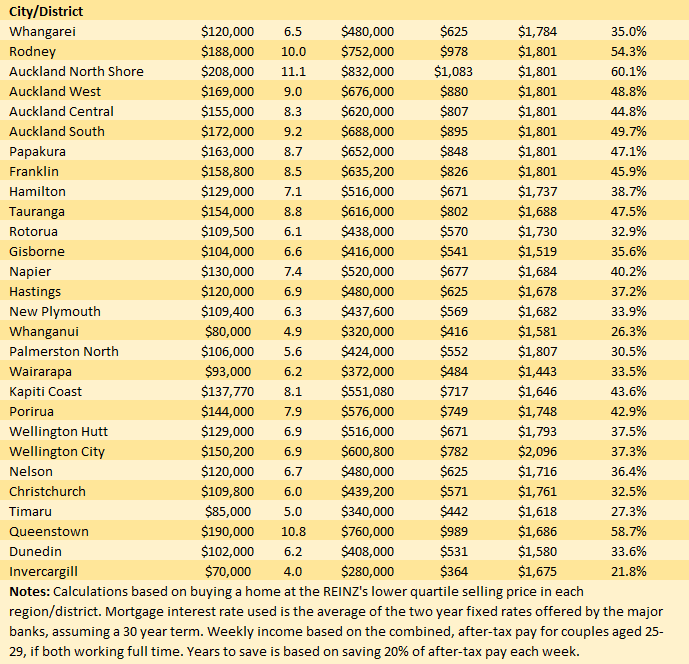 *This article was first published in our email for paying subscribers. See here for more details and how to subscribe.